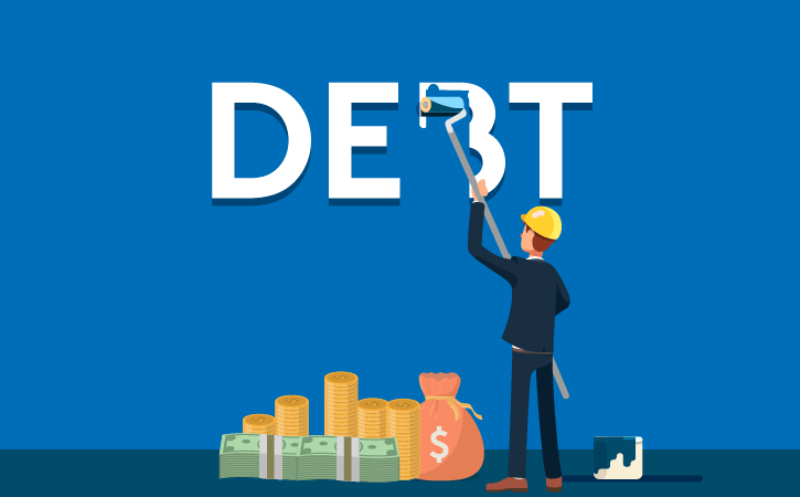 Debts, whether public or private, are today exorbitant. No sensible mind can seriously consider that their repayment is possible, even at the cost of “structural reforms” or measures of “rigor”.

We are not here to discuss, the figures which, if one cumulates the debts of the public institutions (State, communitiesetc.) and the private borrowers (that of those of the households or the banking establishments) represent amounts impressive and strictly impossible to take into account in their entirety.

On the other hand, once this observation has been established, there remains the question of what can be done to solve a problem that is apparently impossible to deal with normally, that is to say, by the lack of interest of creditors.

If you take the trouble to look at history, you will find that there are only three ways to settle a debt that can’t be met financially:

It is a common observation that private debts are today gradually, and by various means, transferred to public borrowers. This observation will be important to appreciate the three historical solutions

This is the simplest solution in French law, which is commonly called the cessation of payment. But it is interesting to note that it exists in all liberal legal systems, including the most capitalist ones. It is a question of putting the lender in front of his responsibilities, by putting on him the excessive financial burden. This defect can be total or partial. Its practical implementation can follow very different rules in different countries and may have consequences for the defaulting borrower more or less important or more or less long in time.

In the context of the International Crisis of the Public Debt, it should be noted, and to deplore that no rule was fixed for a default of a State, or between persons belonging to several different states. The arbitration of the balance of power between defaulting borrowers and injured debtors is therefore left without predefined rules, in the most total uncertainty. It must be deplored because, historically, this uncertainty leaves the door open to all sorts of excesses or overflows.

The situation in which any attempt to restructure or default, total or partial, of the debt, occurs today: the complete absence of preliminary rules allowing arbitrating between irreconcilable interests, and thus to peacefully resolve the relations of strength between borrowers and lenders.

Mechanisms that can be briefly explored: the most plausible in the eyes of many would be the convening of an international conference. But this solution, which is absolutely not envisaged by current world leaders, does not solve a priori. This trend is reinforced by the fact that all current policies tend inevitably to transfer debts or credit claims to the States.

International loans have been launched or subscribed without first having a defect settlement procedure put in place, which is a serious improvidence. It can be thus said that in future no credit instrument should exist unless a standard for default is adopted beforehand.

Again, this is not to repay all of the debt, which is remembered by the hypothesis impossible to repay but to restitute the nominal to the creditor. Historically, this phenomenon is materialized by galloping inflation and a credit loss in the currency as in the value of the commitments subscribed by the borrower. This repayment in “monkey money” has met many times since ancient times, causing sometimes dramatic inflation situations for the populations.

It is this third hypothesis that is the most interesting to study since it occurs every time the creditors have the superiority in the balance of power born of their confrontation with borrowers unable to repay them. It will be mainly two situations: either the creditor is public and private borrowers or the creditors are private but control the machinery of government, so as to be able to impose on the mass a refund of their debts at any price. This price, which the financial capacities do not allow to pay, is thus replaced by the theft or loss of freedom of defaulting borrowers.

For the US magazine The National Interest, the main enemy of the United States is the Americans themselves with their debt! Two ways to solve this problem are proposed, either reduce compulsory expenditure or raise taxes. But the two options do not seem to be practically feasible. It has been pointed out that there is only one way to maintain the level of social spending – to turn a blind eye to the deficit and the debt. In the case of a benign economic situation, the deficit could increase by 30% between 2019 and 2023 if social and military expenditures do not change

Clearly, it is the American debt that threatens the future of America the most and it is obvious common sense.

The slight concern is that, often, the great financial crises are “easier” to settle by a good war than by a good economic policy. This terrible observation can be made by reading the dark history of our world. Yet this time, atomic weapons could deter humanity from embarking on the politics of the worst. Let’s hope so, as we see everywhere monumental geopolitical tensions.

Choose Your Options for the money saving tips

The right Solutions for the Cheaper Car Insurance

Setting up a Family Trust Is Simple

Are You Opting for unsecured loans – Here are the Ways

Choose Your Options for the money saving tips

The right Solutions for the Cheaper Car Insurance

Setting up a Family Trust Is Simple

Who Is Invested In Your Middle Office?

What is best way to pay off Exorbitant Debt?

Travel discounts you can get on a trip to America