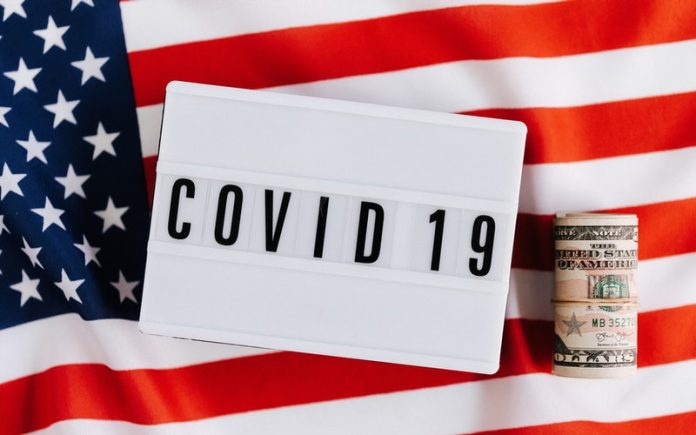 The popular “experienced millennials” were mainly in their mid-20s when this Great Recession hit, the youngest of whom were just about to enter adolescence. Several millennials accept the recession of 2008 to be their economics primer. It was a time that changed their understanding of money, as well as their academic and professional careers—perhaps for the rest of their lives. It’s no surprise that they’re among the most pessimistic groups when it comes to money.

The COVID-19 pandemic has impacted Generation Z in a similar way. This new generation, which ranges in age from 9 to 24, is almost identical to the millennials of 2008. Perhaps the most significant difference is that these “new kinds” are continually assaulted with global information via technology and social media, which has primarily replaced face-to-face encounters during their year of confinement.

Both the Great Recession and COVID-19 impacted the oldest members of Generation Z. This crash course in economic instability will affect their perspectives on finance for years to come, when it becomes challenging to afford college, find suitable employment, or even consider buying a house.

According to a report provided by the Center for Generational Kinetics, the COVID pandemic impacted each area of Gen Z:

What makes this unexpected shift so intriguing is that Gen Z was, and continues to be, establishing itself as a generation that considers early financial responsibility sincerely.

Despite the upheaval, individuals appear to have defined financial goals, typically associated with future stages in life.

The Center for Generational Kinetics annual report on “The State of Gen Z” also revealed:

And 3 out of 5 have side employment, which is frequently fueled by an online opportunity.

Considering these facts, let’s have a look at Gen Z’s perspectives on money.

Even though most Gen Zers have not yet finished high school or left the house, those who have reached late adolescence and maturity are more financially aware than previous generations.

According to Chris Nddie, co-owner of ClothingRIC, all trends imply that Gen Z is more fiscally conservative due to the pandemic. For instance, cosmetics sales, frequently driven by younger clients, are at an all-time low.

But Chris also added that this was to be expected. Following the Great Depression, people moved to frugality, minimalism, and thrifting. Individuals didn’t start spending with liberty until the baby boomers.

2. Ready to face any challenge

If you carefully invest a lot of time in Gen Z-dominated areas like TikTok, YouTube, etc., you have the impression that they’d be more shocked if the world didn’t face global extinction tomorrow because of a cataclysmic disaster. However, this expression doesn’t imply they are a bleakly gloomy generation. They’ve been forced to develop a realistic perspective on the world when facing critical challenges such as climate change and wealth disparity threatening their futures.

COVID-19 instilled in Generation Z the necessity of being financially prepared for unforeseen situations. Many people have learned the value of having savings to fall back on after losing their jobs and current income.

Jake J. Oyler, a 25-year-old financial advisor at Colwyn Investments, said that this idealism had been brought to the forefront of their thoughts, which is a vital step for this generation.

3. Have greater expectations of jobs and employers

Because of Gen Z’s clear financial and investing expertise, many will not accept workplace harassment. Their expectations of employers are even more significant than ever, especially in the situation of financial and job uncertainty.

The pandemic caused everyone, especially Gen Z, to reconsider their connection with materialism and money. They were suggested as a kid that all they had to do was work hard, study well, and connect with the proper people, and a job would be waiting for them. However, even when they did everything “perfectly,” this did not happen for most of them. Rather than choosing other options, Gen Z is more likely to focus on their own personal growth and have a career that aligns with that, added founder and CEO of Hug Sleep, Matt Mundt.

During a pandemic, remote work and flexible working choices became popular due to focused work-life balance. An increasing number of people would leave their work rather than return to the workplace. Companies interested in starting a regular office schedule and avoiding the work-from-home culture may have difficulty attracting Gen Z employees, who will make up about 25% of the total workforce by 2025.

Generation Z adults are also enthusiasts and rigid. They don’t expect to stay with a company indefinitely or even for more than five years. They take what they can and move on with their lives.

Young adulthood will most likely appear different for older Gen Zers than they planned. The pandemic affects the priorities of these young generations. It includes the work they do, the place they live, and the lifestyle they lead.

They’ll most likely want to downsize to a less expensive house, find roommates to share the rent, or move back in with their parents to save on housing expenses. Gen Z is becoming more risk-averse by choosing not to relocate across the country or choosing not to move too far from their home.

5. Understand the Importance of Investing

Investing was once a subject that was only discussed on Wall Street. Even when it grew beyond the ultra-rich, it was mostly limited to the elderly who had both the financial capacity and the understanding of exactly how to make investment choices.

However, in today’s technological world, almost anything can be learned with a Google search. People can also use online brokerage platforms like TD Ameritrade and Robinhood and become investors to make trades in minutes.

To pass the time, Gen Z resorted to social media, finding plenty of investment articles. They learn about successful investors, their strategies, pros and cons, and start making their own investment decisions. Many are interested in putting surplus money in brokerage accounts, which shows the value of having their money work for them.

According to Kelly Welch, CFP, Girard, Univest Wealth Division, people are following the bandwagon strategy of investing in firms like GE and AMC. It clearly shows that Gen Z is getting encouraged to start investing.

6. Confused between “Living for today” vs. “Planning for tomorrow’

Gen Z has developed a strong demand for financial steadiness as a result of living through recessions. At the same time, it’s made them think how they don’t want to survive – fighting to get by for another year and locked up indoors. It raises an important question – should they preserve all of their money for the future, or should they use it to live well today?

The work industry has become insecure because of the pandemic. As a result, making major financial decisions, like purchasing a home during this time, can be risky. COVID-19 has emphasized the fleeting nature of life, and no one wants to be on the other side. Others, though, are taking a close look at their economic future and what they would like it to look like with the risk of uncertainty.

People are increasingly worried about their future now that finding short-term or small work opportunities is more complicated. Gen Zers are more interested in being financially self-sufficient rather than depending on their families for help. They understand the value of money because it allows them to make their own decisions and gives them a sense of security.

COVID has fundamentally altered our connection with money in several ways. On the one hand, there is a genuine drive to save more money. In our uncertain world, you cannot tell when the next disaster may strike.

Many people adopt a ‘YOLO’ attitude. Gen Z understands the implications of climate change, reckless political claims, and the ever-increasing influence of technology like no other generation before it. As a result, many people are following the concept that saving money now is pointless because our generation would most likely not live to see retirement due to climatic problems. COVID heightened these sensations, and more younger folks began to ‘live in the moment,’ when it came to money. Regardless of where each individual stands on the saving vs. spending spectrum, the pandemic has unquestionably impacted Gen Z overall. As more people enter the workforce and gain control over the economic system, what they’ve learned will impact the country’s future.

Lyle Solomon has considerable litigation experience as well as substantial hands-on knowledge and expertise in legal analysis and writing. He graduated from the University of the Pacific’s McGeorge School of Law and now serves as a principal attorney for the Oak View Law Group (https://www.ovlg.com)

How to save and invest your money to meet financial goals

Your Selections of the Personal Loans Now

The wave of Alternate investments

How to save and invest your money to meet financial goals

Your Selections of the Personal Loans Now

The wave of Alternate investments

Who Is Invested In Your Middle Office?

What is best way to pay off Exorbitant Debt?

Travel discounts you can get on a trip to America